Can the forces of nature be captured and made into an art form? Take lightning, for example. It can be argued that lightning is art. Many of nature's own templates follow the same forms found in lightning. In fact, every living being is, in a sense, lightning in a bottle. It fascinates me that these forms, known as Lichtenberg figures, are inherent to and happen every second in nature. Before I get too esoteric here, let me show you. Take our anatomical layout for instance. The respiratory system, the lungs in particular; the vascular system; trees and plants; river tributaries and most anything that grows takes a fractal path. 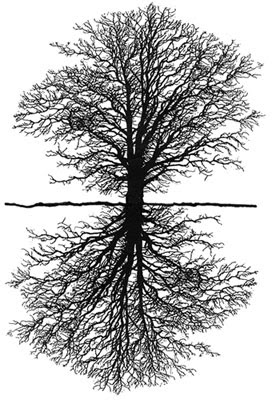 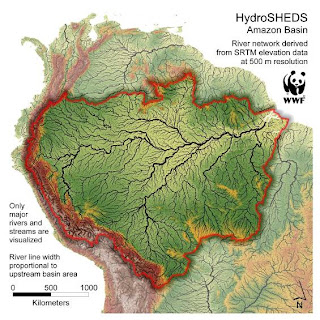 If you haven't been able to tell already, this natural synchronicity excites me. It all began when, as a child, I found a rock that appeared to have a black tree etched into it. What I later found out was that this was a Lichtenberg figure, an etching made by lightning. How I wish I still had that rock. What a find!  It is one of the things that set my artsy planet spinning.

Though the Lichtenberg figure seems to have its own category with its more "tree-like" form, it really falls under the larger category of fractals. Fractals can take many paths and like Lichtenberg figures are found throughout nature. This is evident in crystal growth, like snowflakes and geodes and even the most minutia of specimens as viewed through the electron microscope.

Fractals and Lichtenberg figures inspire me because they are seemingly spontaneous, yet they follow an underlying rule of order. This blend of order and chaos ignites all sorts of image-making potential and often inspires visionary art such as that of the artist, Olivia Curry. Visit her website www.DreamNectar.com for more of these beautiful images. 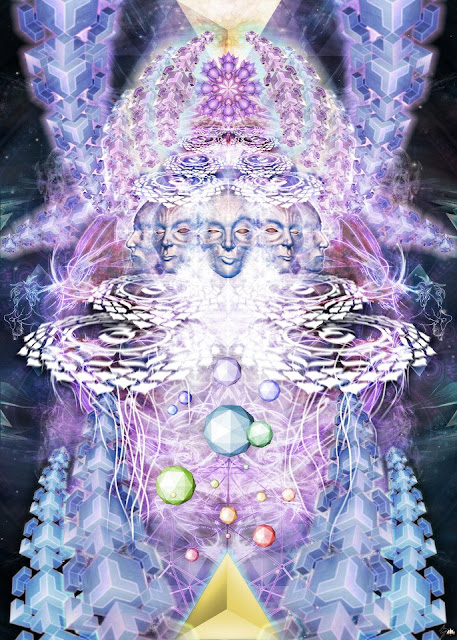 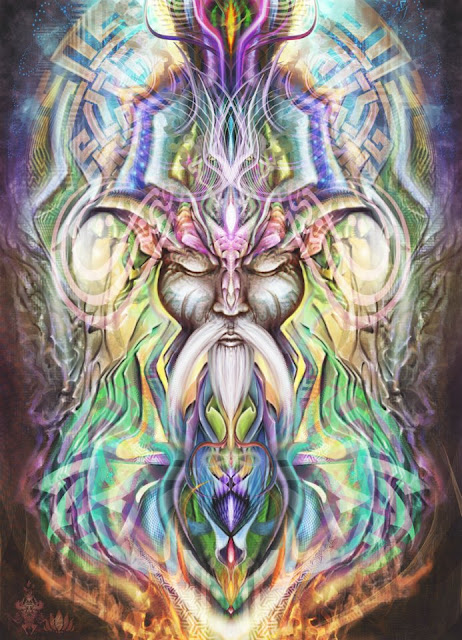 Fractals in general, whether formed through lightning, other forces of nature, or science crafted into art, evoke awe and inspiration. Here are just a few more examples:

Nerds like me would love to own one of these: electron charges, lightning, literally captured in glass. 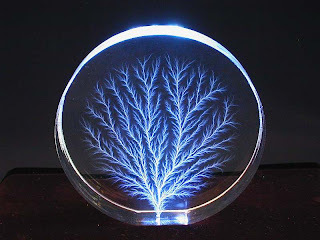 
From the Etsy Shop, Element 83, named after chemical 83 (Bismuth) on the periodic chart, comes beautiful Bismuth crystals that make stunning jewelry pieces or sculptures for the home. 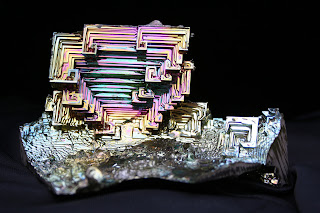 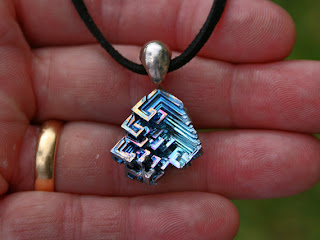 
Oh, what our artsy planet creates!

"There is nothing in a caterpillar that tells you it's going to be a butterfly."
- Buckminster Fuller